Painting number seven was wrapped up this past weekend, and it went by way faster than number six. After watching far too many episodes of the Joy of Painting, I was all amped to paint something and decided on “Wooded Foothills” as my subject. Ross’s method for creating foothills was pretty easily adapted to digital media; the same goes for the pine trees. Previously I had hoped to work on something with architecture, but I realized I’m not ready for an indoor scene just yet. Verdant Catacombs will have to wait a bit longer. 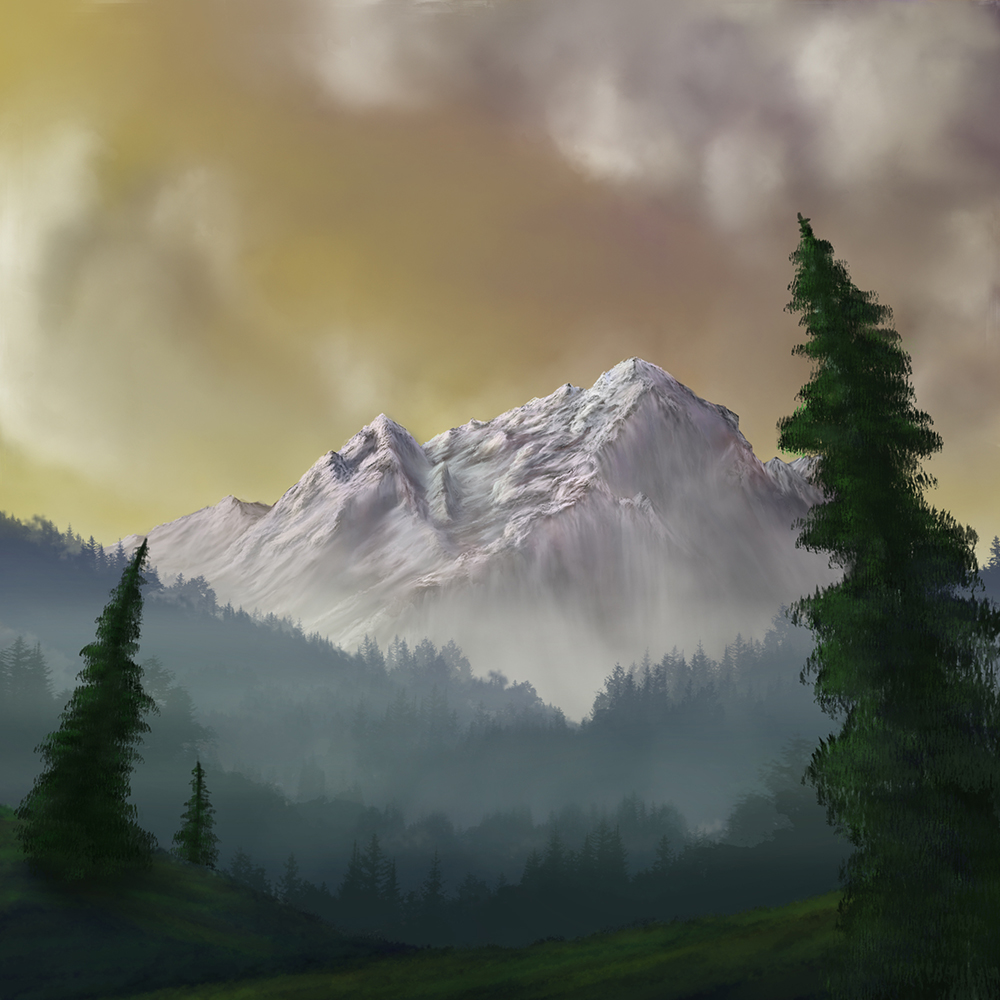 From start to finish this piece was about ten hours over a week, with very few restarts compared to past pieces. I re-did the sky and foothills a couple of times, but I think that’s all part of the process. I also learned how to use the Mixer Brush tool in Photoshop CS6, and it made a world of difference! I hope to finish up my Adventure.js project next and then start another painting soon after.