E ach time I sit down to start a new painting I have this vain hope that this one will be easier. I’m sure there’s a lesson buried in that statement somewhere, but I’m steadfastly refusing to accept it just yet. Clocking in at just over twenty-nine sessions (give or take a few) across six months, I present to the world my twelfth painting, which I’m calling “Stonewood Lilies”. 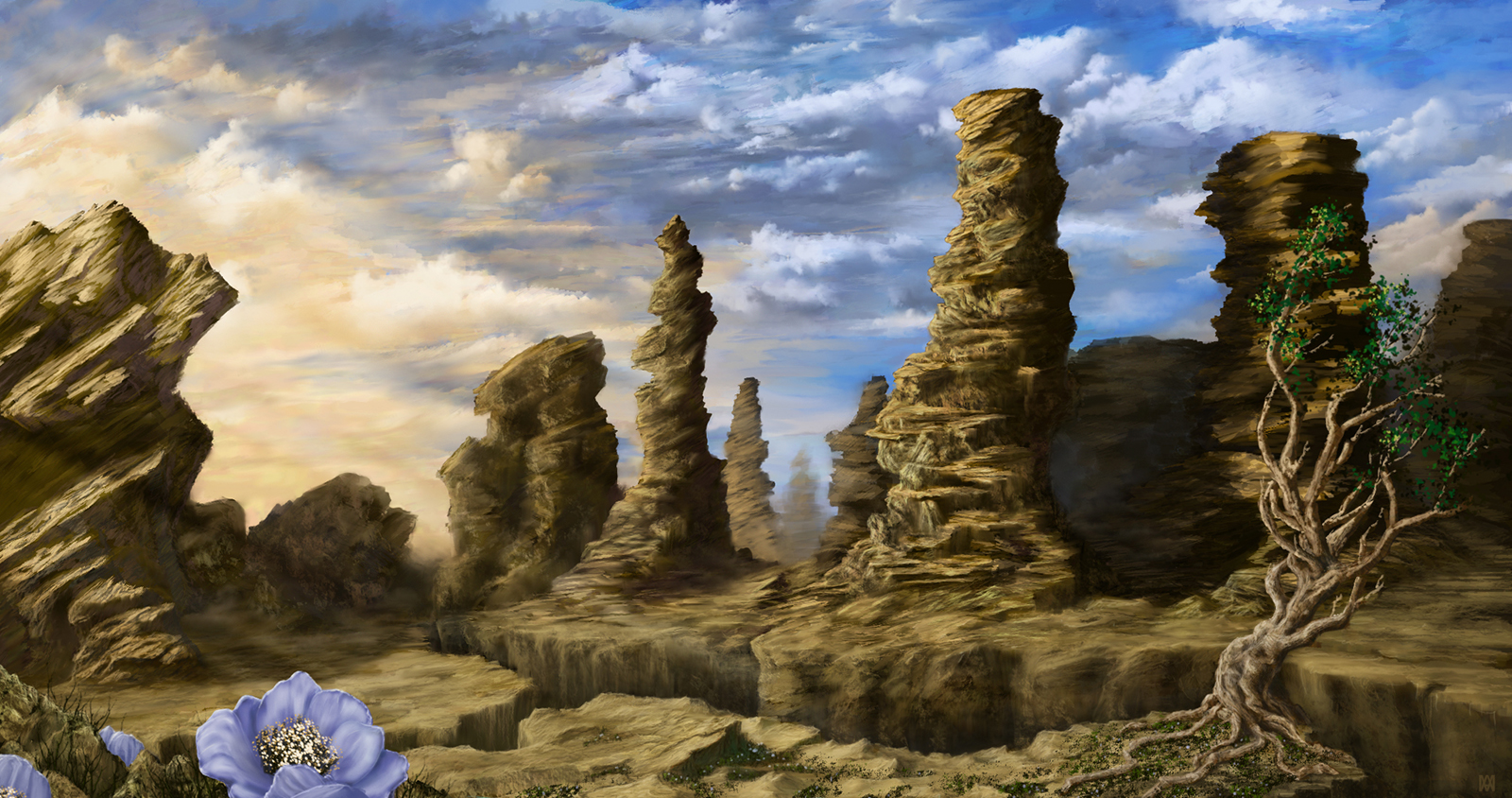 After finishing up the last one I had made a note to use reference images instead of free-wheeling it. I made an earnest attempt. Between Storm’s Coming and Stonewood Lilies there was an abandoned effort at copying a snowy woodland scene with a cute fox. I picked it without really considering several factors, and promptly spiraled as I failed to illustrate even a semblance of the original. There was a period of doubt, but I regrouped and chose a different image, a photo from Bulgaria’s Pobiti Kamani stone forest.

Something about the stone forest photos captured my imagination. Even now, after hundreds of glances at them, I feel a sense of awe and wonder, and even a bit of weird nostalgia. For some reason they remind me of Zelda II on the NES, a game that enthralled me when I was younger. I resolved a compromise. Instead of trying to replicate the piece exactly, I used it as a loose guide when I blocked in shapes and colors. It set the mood, and from there I let myself wander through the process like usual.

As always, there were some wins and some losses along the way. Growth is hard to measure when you’re in the thick of it, but I did adopt a few new brushes into my workflow that I really liked. I challenged myself to keep things a little more loose, which I didn’t quite meet but worked toward. There were several periods in which I worked, and over-worked, areas to death and felt like scrapping the whole thing. I tried painting in a little person and failed miserably, so he/she/it got the axe in the final phases. One success was that, for the most part, I managed to remember to capture in-progress shots along the way! I compiled them into an animated gif, which is kinda neat.