Wrapped up my eighth painting over the holiday weekend, huzzah! This one, which I affectionately dubbed “scrubflats”, is a piece inspired by Magic: the Gathering’s Scrublands and Marsh Flats cards. Scrubflats took a while to complete as I really wanted to push myself in a few areas. Specifically, I wanted a more dramatic sky, sense of scale and depth, and to include architecture (even if it’s just ruins). I learned a lot and am pretty happy with the final result, which is surprising considering that I wanted to quit close to the end. Big shout out to my brother for talking me up to finishing it! I can’t accurately estimate how much time went into this one, but the hours certainly piled up over the last couple of months. 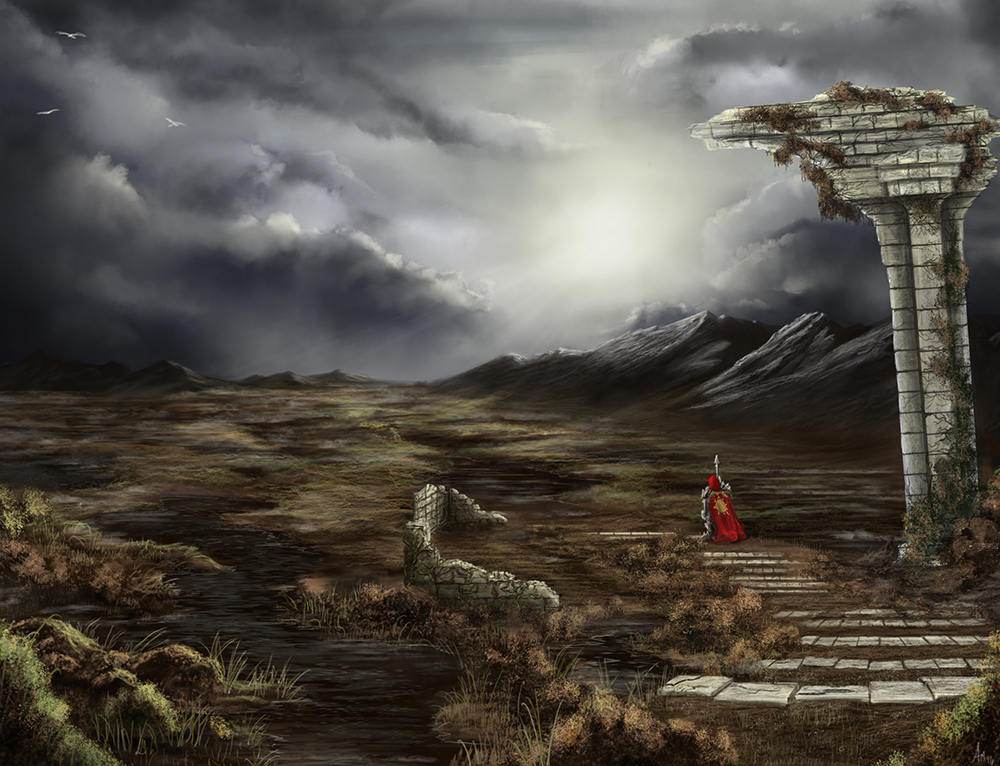 I remembered to take a few screenshots over the lifespan of this project, if only to show how different the original idea and the finished piece are. Here was the initial concept: 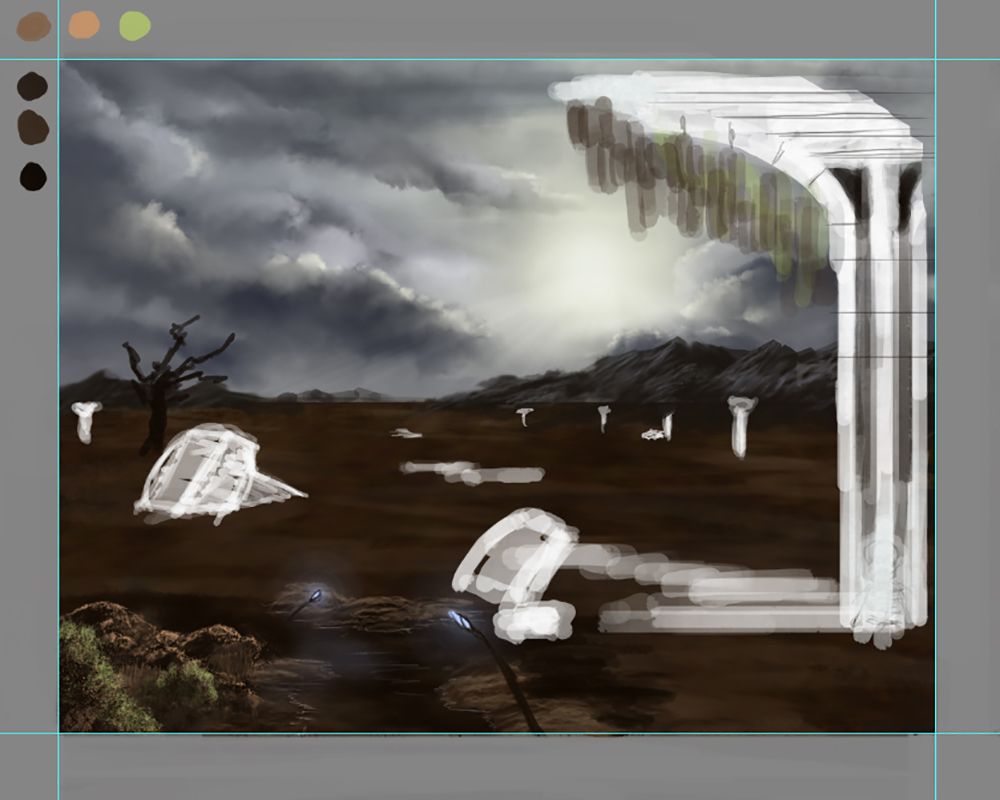 The sky was the very first thing I did at the start of this painting, and once I had it the way I liked it didn’t change a whole lot through the rest of the process. I started with a much closer composition that I changed several times to get the depth I wanted. Really should have kept those glowy pod things, though. Those are sweet. 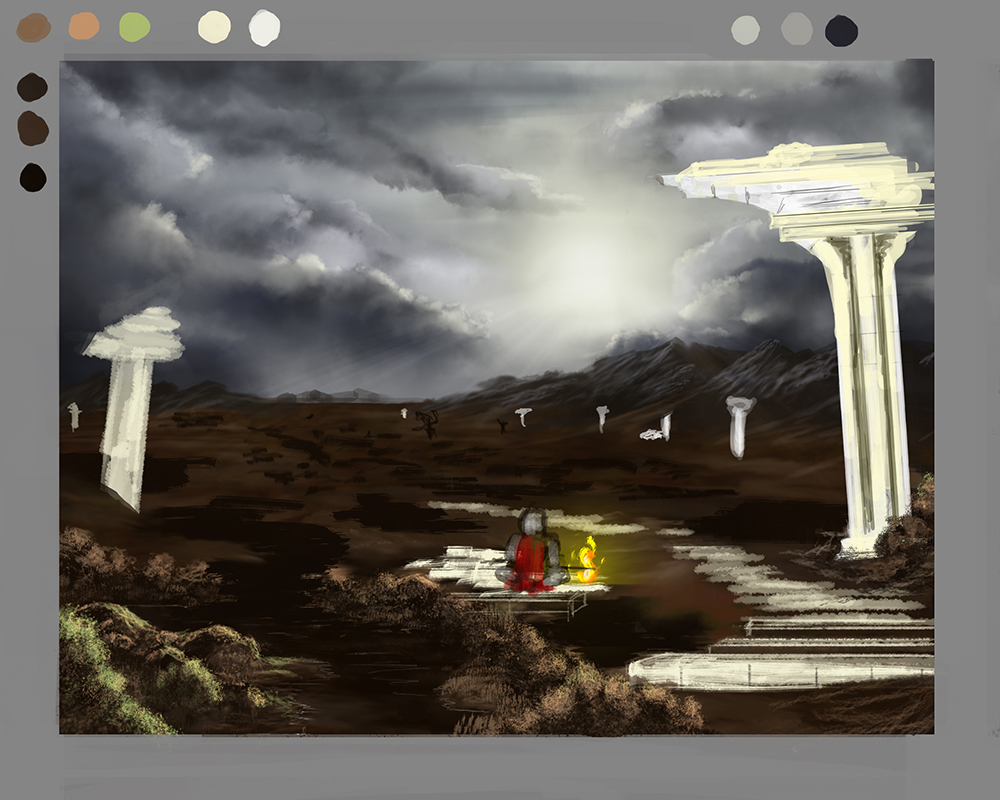 This screen was taken a short while after the first to show that I had changed composition and doodled in a sitting figure for scale. Still wasn’t right, though, so it changed again. 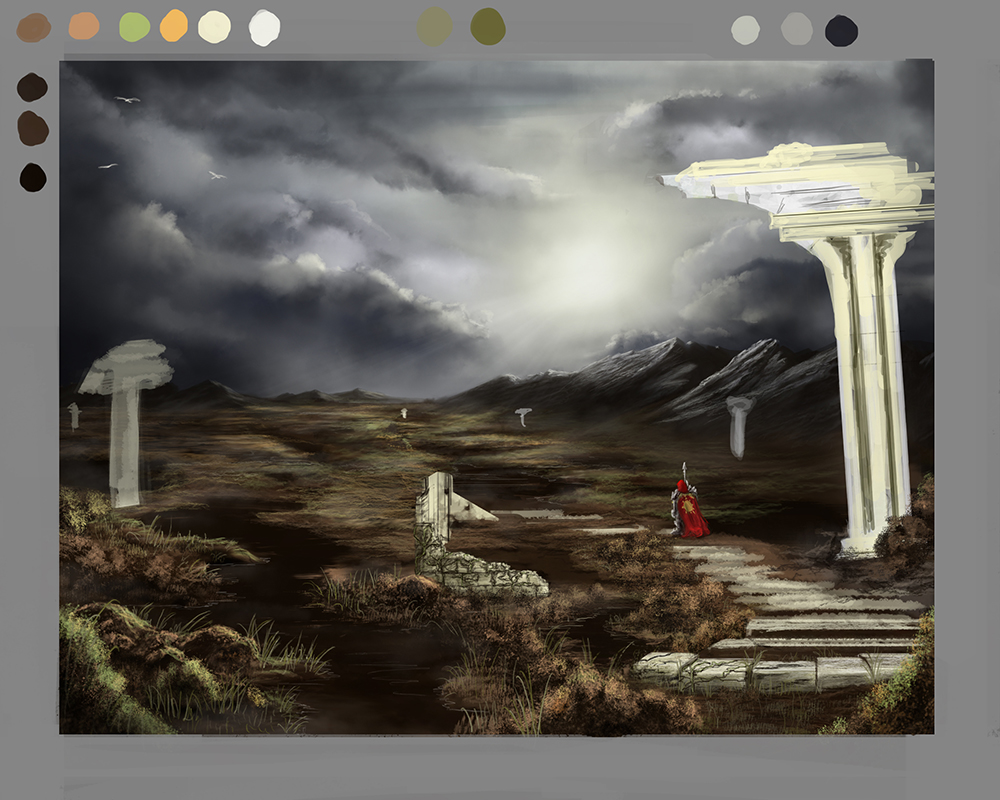 There was a gulf of time between screenshot two and three. Mostly happy with the composition in this one, but I wound up dropping the other pillars. The knight was reduced in size and distance. I probably should have kept the the pillars, but I’m still fairly content with the final piece.